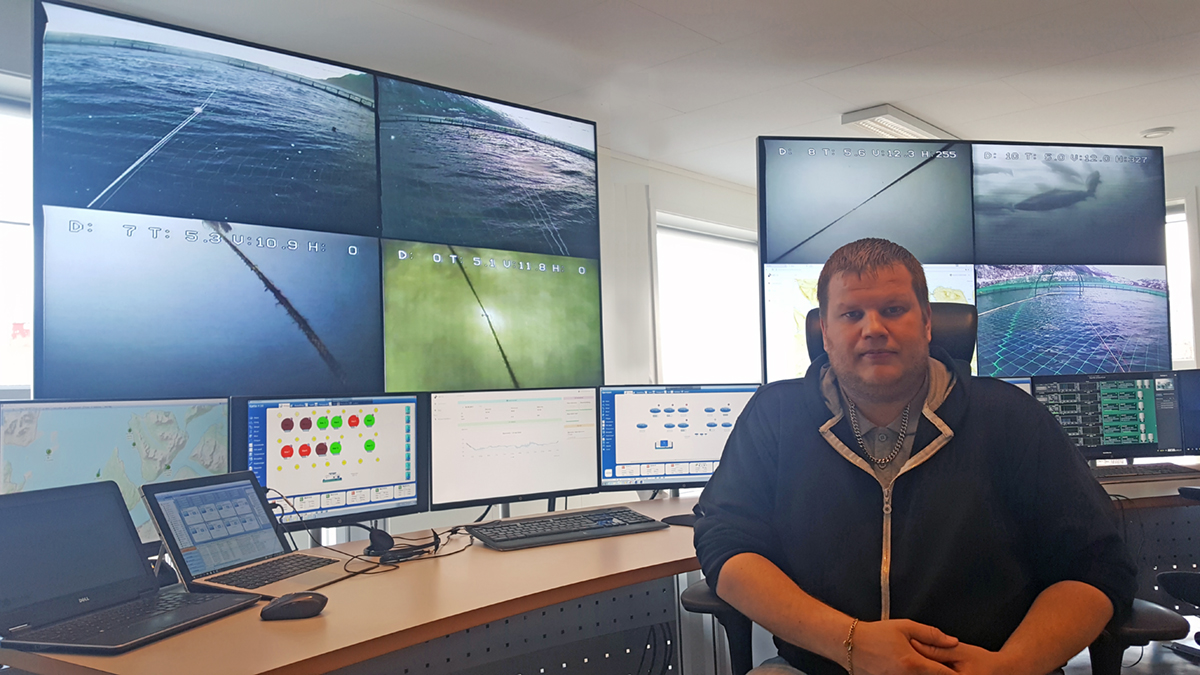 Two fish farms, Gratanglaks and Kleiva Fiskefarm have invested in wireless oxygen control system at their sea sites. The objective is to manage the farm, especially the feeding according to oxygen in the water, and to secure the conditions for fish welfare and growth.

Picture: Mr. Espen Skjellhaug at the control centre for the two farms

The oxygen content of the water in the fish pens may drop below optimum level. To be able to manage feeding according to oxygen supply two fish farms have invested in a new system of wireless measuring buoys at all farm sites.

«We use lice skirts down to 10 meters depth. This will inhibit water exchange and may lead to drop in oxygen in periods. The biological activity of the sea may also affect the oxygen situation. With the monotoring system we are able to determine the conditions at all times. We can also pull out the skirts if necessary», says mr Espen Skjellhaug, chief at the control centre for the four sites of a total of 33 pens.

Simple to use
Optimum growth requires good oxygen conditions. The biomass, a sealice skirt, currents and other factors will determine the oxygen conditions.
“Previously we had a monitoring system that worked well, but it required 220 volts and was very elaborate in use. For three months we have tested the Guardian wireless system. It reports oxygen and temperature to a cloud database every ten minutes, and the buoy needs charging approximately once every 12 months. This has worked well for us so we have now installed the Guardian at all our sites”, explains mr. Skjellhaug.

Sea lice control
When using sea lice skirts the oxygen situation may be poor.
“A combined efforts of skirts, laser and cleaning fish keeps the parasites under control, however we need to control oxygen and temperature, especially during and post feeding, where the fish demand extra oxygen”, states mr. Skjellhaug.
Even during camera assisted feeding there is a demand for oxygen data, especially if feeding of alternating pens, to plan feeding better.
– “By placing the buoys right we will collect the relevant data, which can be seen on screen, and recorded for later analysis”, explains mr Skjellhaug.