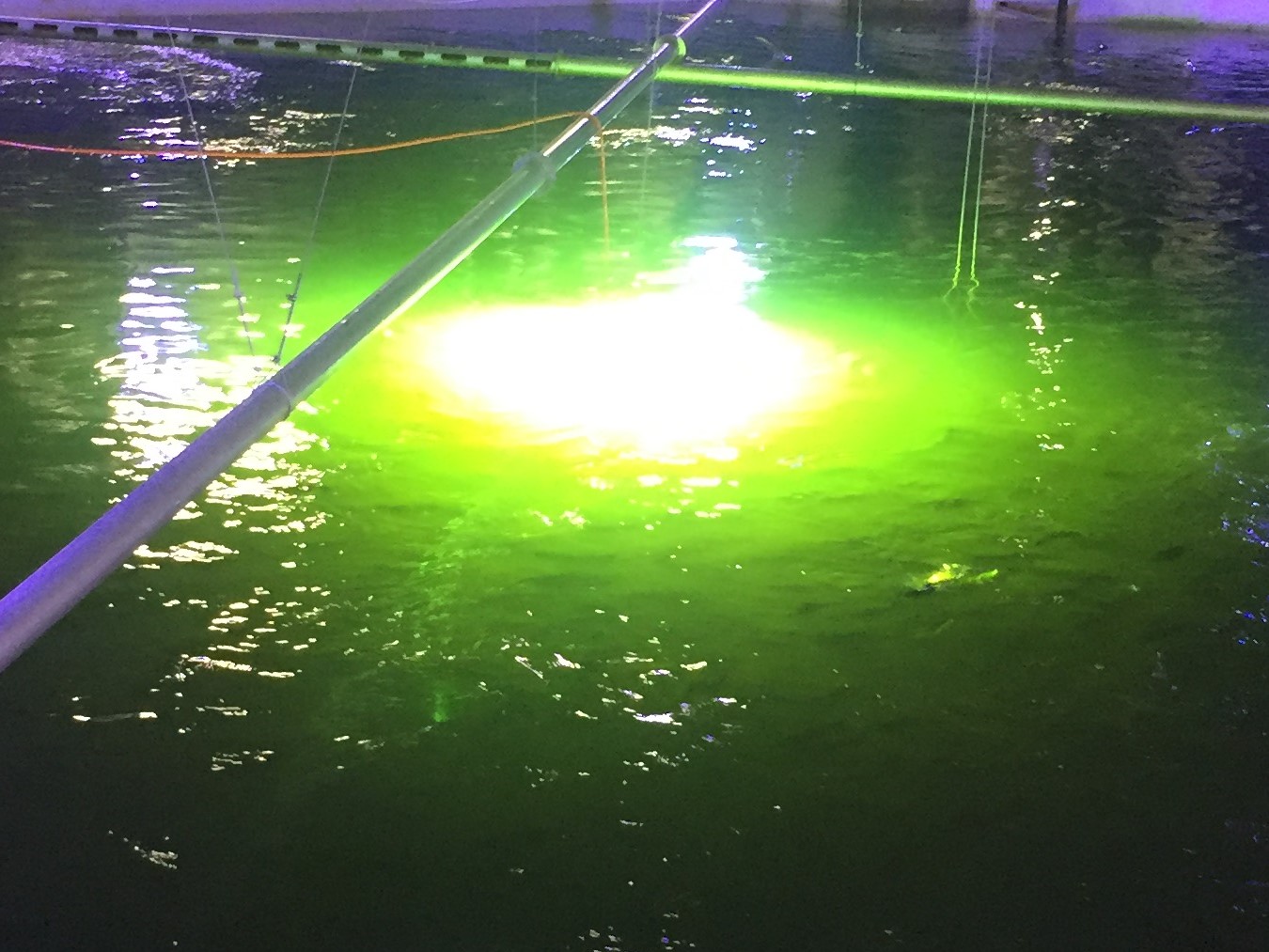 Low light intensity in the deeper part of smolt tanks is a common problem.  Installed underwater lights have, however, efficiently improved the light conditions and demonstrated better appetite and growth of the fish stock after transference to sea.

In 5 m deep tanks, low light intensity is supposed to be the main reason for unfavourable performance of 0-year smolt. Low feed appetite during the first stage in sea of smolt raised in onshore tanks only with lights above the surface and ordinary work lighting is commonly experienced.  Such lighting seems insufficient due to particle enrichment and high fish density in intensive farming systems, especially in RAS, reducing the light transmission in the water. In addition, coloured inlet water containing humus can also contribute to increased lighting needs. During the smoltification phase optimized lighting is vital to control the physiological processes.

Smolt farmers have tried to improve suboptimal light conditions in deep tanks with brownish water by increasing the number of lamps above the surface. However, such attempts do not affect much the light intensity in the lower parts of the water column.

At one large smolt farm, four 600 W underwater LED lamps were installed in O 12 m tanks and five similar lamps in O 16 m tanks.  The underwater lighting was combined with lighting above the tanks. So far, the response from cage farmers receiving 1-year smolt from tanks exposed to combined underwater/above surface lighting is positive indicating clearly improved appetite. Similar effects are expected for the 0-year smolt to be transferred to sea cages this autumn.

The lights are provided by Bio Marine, and the company also assisted with the design. The lighting is controlled from the control system on a regular PC. Totally, 40 lamps are installed in all tanks at the farm.