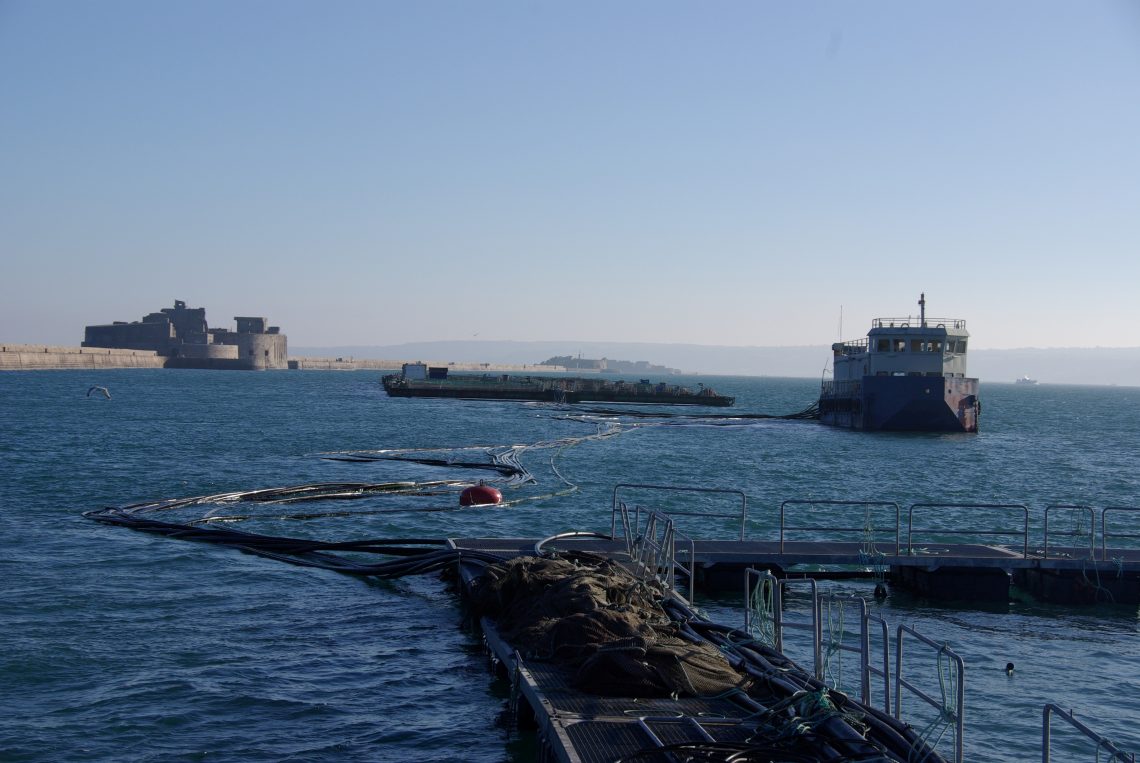 LED lights dampened stress during transition to the sea phase, stimulated appetite and improved feed factor during the winter season.

Saumon de France in Cherbourg will grow 450 tonnes of salmon this year, which is quite a small amount compared to farms on Norwegian scale. But the boutique French salmon is a popular product. After struggling with the results for some years, the company installed LED lights in the cages last year, with good results.

“The light has been on for all winter. The fish got a good start in the sea and the feed factor is very good. They seem less stressed and have a more regular swimming pattern. Everything indicates that the light gives it both peace and vitality”, said Alexis Lemarchand, operator at the farm. Irish smolt
“Scientifically, I can not prove one hundred percent that the light is the cause of the good results, since we do not have parallel attempts, but we think the light has been very beneficial. It seems to stimulate growth and development. Winter is dark, but the water is hot, maybe it’s that simple,” said Lemarchand.

After a year in the sea, the farm is now starting to harvest fish over three kilograms. The average growth period in the sea is 15 months. Due to poor supply of good smolt, production has varied somewhat over the years, but with smolt from Fanad, Ireland (weighing 80 grams) and winter light, things are looking up.

“We have used light before with good experiences but with technical problems. With new submarine LED lights it’s easier for us. We hang two lights a few meters deep in each cage. The light was turned on in November and off in spring, so now it only gets natural light”, said Lemarchand.

The cages lie behind a huge fort of its time built by Napoleon. The sea temperature of the Brittany coast is never under eight degrees, and the growth potential is large. A limitation on the farm is the summer temperatures at the surface, which often rise above 20 degrees.

“We must be careful, but so far, the water quality is good, since the coastal flow is strong, but we are looking for solutions to safeguard the fish during summer,” explained Lemarchand. The lights the farmer have installed in the 12 cages are called Emerald crown 450 watts and come from Bio Marine in Trondheim. The 30 meters square steel cages are about ten meters deep.
The fish receives an omega-enriched specialty feed produced in France on license from Biomar. Most of the fish is smoked, under the company’s own Saumon De France brand.

“Our goal is to deliver an exclusive product of clear origin, it is a French salmon that thrives on Norwegian LED lights,” said a smiling Alexis Lemarchand.