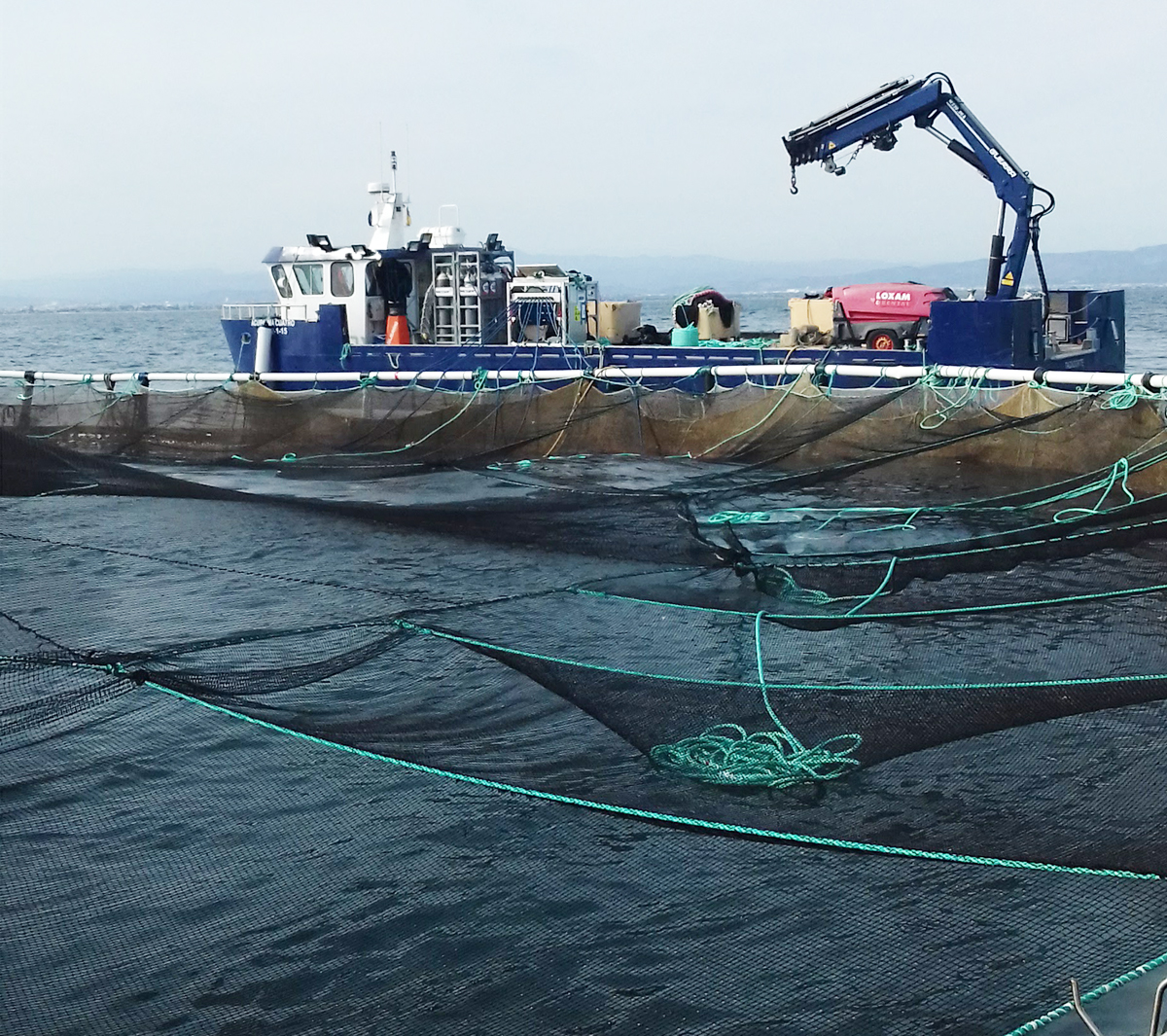 Fish farming operations in the Mediterranean seek to increase output and look to Norway for better equipment. New solutions for parasite control has put ease on larger scale operations in warm water.

Norwegian large scale fish farming technology has spread to most regions where salmonids today is being produced. Further, as farms in warmer waters scale up their operation, Norway is a preferred place to look for new solutions.

“We have clear ambitions toward increasing the efficiency of our sites. With modern technology we will be able to reduce labour costs. In the Mediterranean area there is a long tradition for the use of manpower in most types of work. This includes scubadiving to remove dead fish or for assessing of feeding efficiency”, explains operations manager Olav K. Øvereng at Andromeda Group, a large-scale company producing sea bream at Alicante in Spain.

Mediterranean fish farms have traditionally used small cages and cheap labour in their operations. However, there is a potential for more profitable farming with larger cages and modern technology.
“Our daily output is between fifteen and twenty tonnes, so compared to Norwegian farms our efficiency can be improved a lot. The potential for development is large and the market for farmed fish is good”, explains Mr. Øvereng.
During the last twelve months Andromeda Group has steadily implemented Norwegian farm equipment into their farm locations. Fully automated feeding has among other things been introduced with success.
“This is an ongoing process for us, we will develop our management with the help of modern technology that today is in use at Norwegian farms”, states Mr. Øvereng.

Parasites are a problem not only in salmon farming. In the Mediterranean Sea a type of gill fluke causes severe problems if left untreated. Traditional treatment has not been satisfactory, mainly due to inefficient oxygen addition during bath treatment. However, in January this year the farm at Alicante made use of a Norwegian hose diffuser called NetOx, producing microbubbles of oxygen in the water during parasite bath treatment.
“With this gear the fish is able to make use of the added oxygen, and the process of treatment is far more secure”, explains Mr. Øvereng.
Mr. Nils Hovden of company Bio Marine in Trondheim, Norway has seen a rise of requests from abroad for complete systems for parasite treatment.
“Oxygenation equipment has become vital to fish farming, and this diffuser is being widely used in warm water. For the first time we also deliver specialised tarpaulins”, states Mr. Hovden.

Andromeda Group has gradually shifted to larger fish pens, today the standard cage used is 120 metres in diameter.
“Our staff has steadily learnt new ways of operation. Most Mediterranean fish farms have been using the same operating methods for twenty-five years. We now see an overall change and development in the region”, says Mr. Øvereng.
Andromeda Group also operates fish farms in Greece, and is investing in modern equipment at all their farm sites. The use of working platforms is also a new practice of the Mediterranean.
Improved feed utilisation is an important issue for Andromeda. In this field there has been little awareness of efficiency and no available models for planning and simulating fish growth and feed conversion ratio.
“The Mediterranean offers a great potential for fish farming. We sell the sea bream whole at 400 g size with a selling price of 6 euros per kilo. It is a well-known product and we plan our harvest according to the market demand.”, explains Mr. Øvereng.