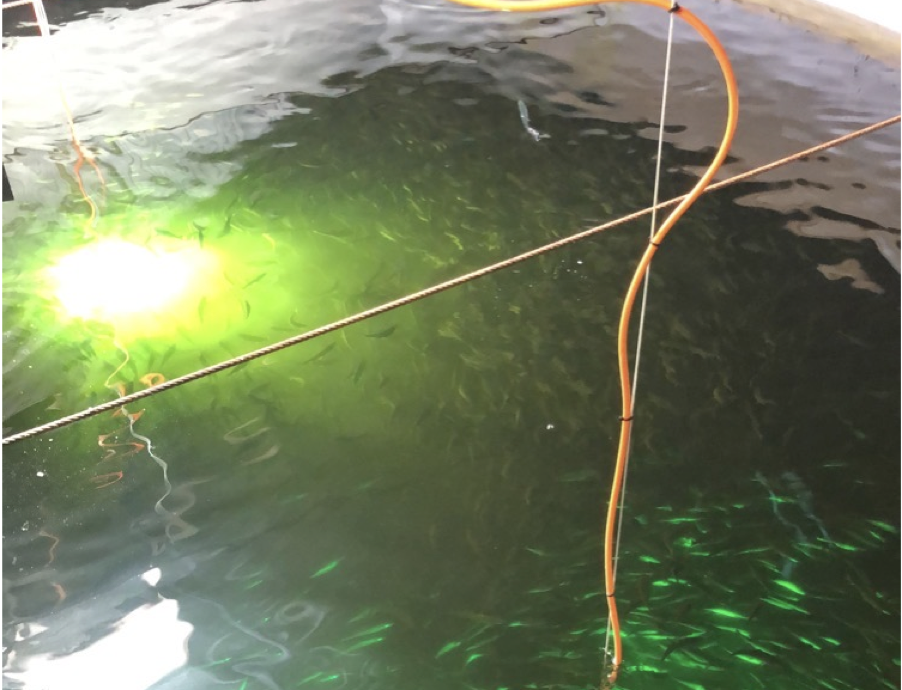 Bio Marine and The Norwegian University of Life Sciences (NMBU) have monitored light conditions in some Norwegian smolt farms. The effects of different number and size of lamps placed above and below the water surface has been studied.

Artificial light is commonly applied in salmon smolt farms to stimulate growth and control biological processes such as smoltification. In large land-based farms for on-growing of salmon to harvest size, artificial lightning is required for control of sexual maturation. Most land based on-growing farms apply recirculation of water, RAS farms, with large and deep fish tanks. The light conditions in the water column of such tanks are often low and variable due to high fish density and turbid water, especially in the deeper parts of the tanks.

According to Nofima (2020), few published reports on optimized lightning of RAS farms are available. Central issues, such as light distribution from lamps in tanks stocked pre-smolt salmon, are not well documented. The positioning and power of the lamps should supply all parts of the tanks’ volume with sufficient light intensity.

Bio Marine and NMBU have carried out monitoring of light intensity in several Norwegian farms over the last year. The light conditions were studied at different combinations of number and power of lamps placed underwater and above the water surface.

In salmon, both the eyes and the pineal organ on the upper side of the head perceive light. Production of melatonin, a hormone that controls physiological processes such as smoltification and sexual maturation, mostly occurs in the pineal organ and the level of melatonin is affected by the light conditions. A light intensity below 10 lux has only a minor effect on the melatonin production (Migaud et al., 2006). Spinal abnormities and a reduced number of silver coloured smolt are observed at 10 lux compared to at increasing light intensity to 650 lux (Handeland et al. 2013). In the same study, low light intensity also demonstrated reduced size of the dorsal fins. The authors suggested that a minimum intensity of 43 lux is needed to secure optimal smolt quality, development, welfare and growth in Atlantic salmon.